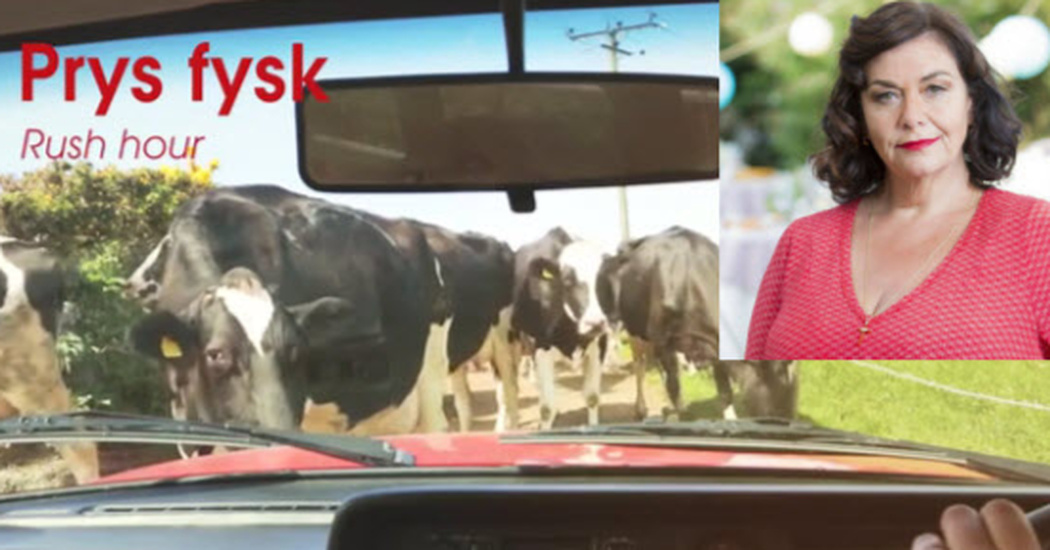 We have seen Dawn French plan in many different roles over the years, doing parodies of everything from Madonna to car park attendants. It seems as if there isn’t anything that she does that isn’t funny, and this new bit is no exception. Rather than being in front of the camera, however, she is behind the scenes in a brilliant new advert for an ice cream advert.

This advert takes advantage of Dawn’s roots and has her doing a voice over for a new ‘School of Cornish’ video series, which will ultimately introduce some delicious ice cream to the viewers. It started in a 2016 advert on the telly and now, it is going to be streamed on many online channels, including being featured on YouTube. It should go a long way in helping to raise awareness of the Kernewek language, but it will also make most of us hungry for ice cream at the same time.

Dawn will narrate these different adverts, helping the viewers to see the best Cornish word for the situation that is being shown. Regardless of whether you are a fan of ice cream or not, you are sure to love these ads.