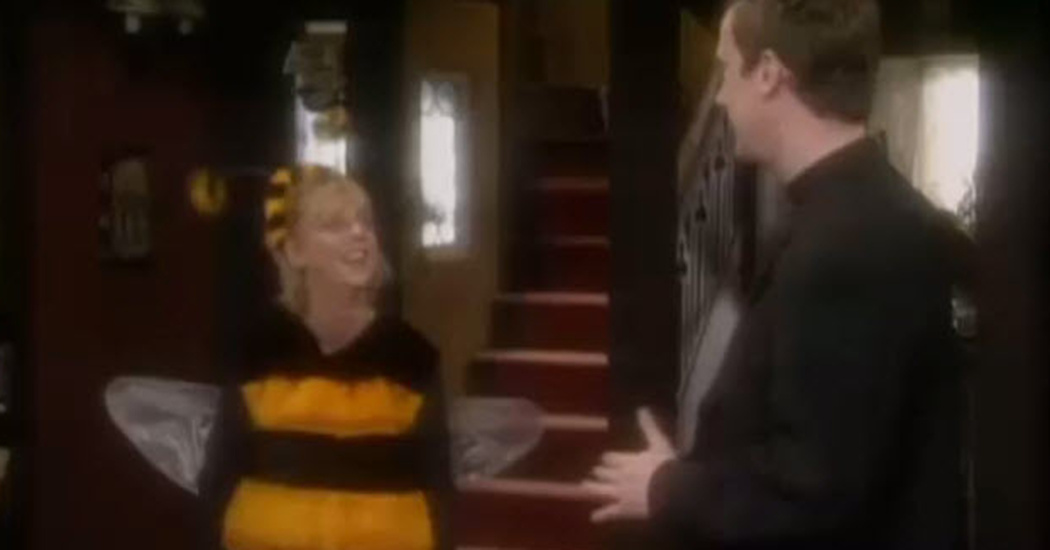 There are many times in life when we might be facing an uncomfortable situation. Some of us may face it when we have to meet someone important and we aren’t quite sure how to react. That was the case when the Vicar was meeting a priest from another area, but something most unexpected happened.

The vicar was busy trying to hold a conversation and act naturally. It was then that the doorbell rang and she got unexpected company. It was Alice Tinker and in typical fashion, she was doing something unexpected. Rather than just coming over for a visit, she was dressed up like a bee.

This kind of broke the ice for the vicar, but it was Alice who actually got into the conversation. Sometimes, it is good to have something unusual break up an uncomfortable situation.