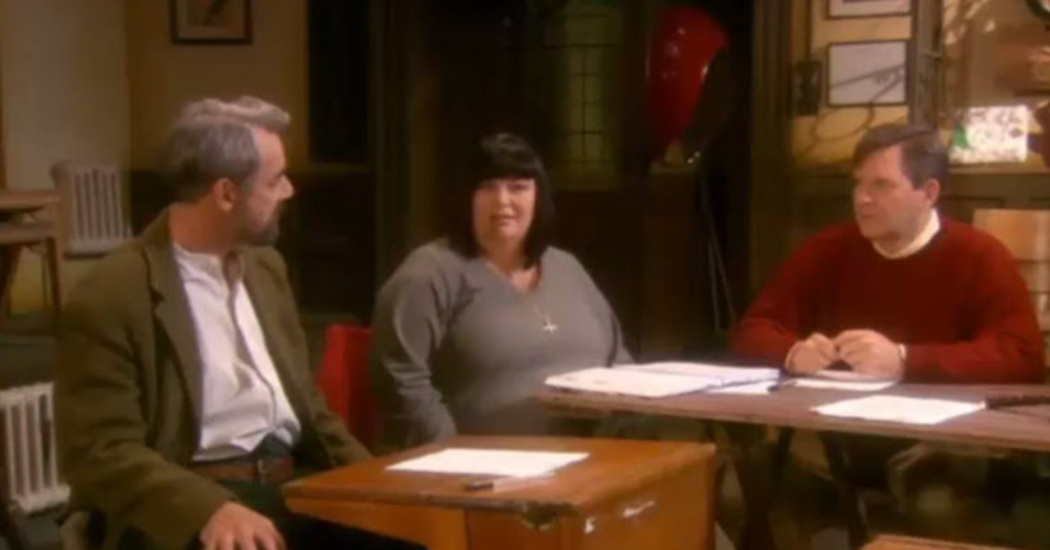 Her simple suggestion is that they should write the Prime Minister, but things go rather wrong from that point forward. First of all, Owen says something that catches her attention and as it turns out, he is still under the impression that Margaret Thatcher is the Prime Minister. This really takes the vicar by surprise, but not so much as everyone else agreeing with him. That is, of course, except for David.

In the end, she manages to convince them that Margaret Thrasher is no longer the Prime Minister, but not everybody is fully convinced of that fact. It is just another example of how the committee hosts the funniest exchanges possible.