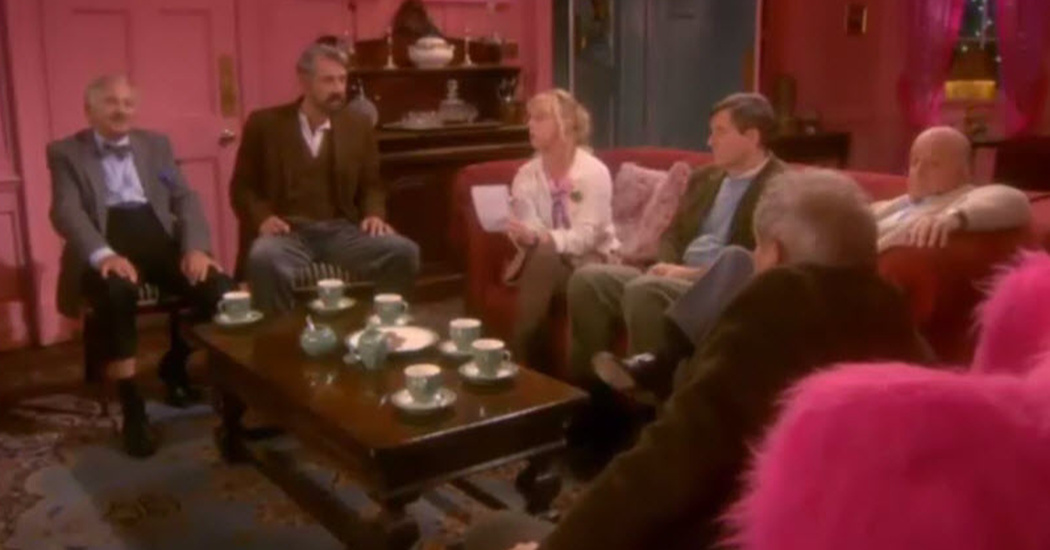 It can be difficult to figure out what to give somebody for their birthday, especially when it is a monumental date. That is the case with the group when they are trying to decide what to give the vicar for her 40th birthday. After a few unusual suggestions are given, somebody suggests that they give her some antiaging cream.

The antiaging cream is actually a fairly good idea, but then they go off on a rather strange tangent. They start to try to guess what the seven signs of aging are that the cream can affect. As they think about it, they come up with some rather brilliant suggestions and in the end, it does add up to seven. Of course, there is no way that the cream could tackle all of them.

Sometimes, we are in the middle of these types of conversations and we don’t really give them much thought. When we see it happening on the vicar of Dibley, however, it turns out to be the funniest thing possible.