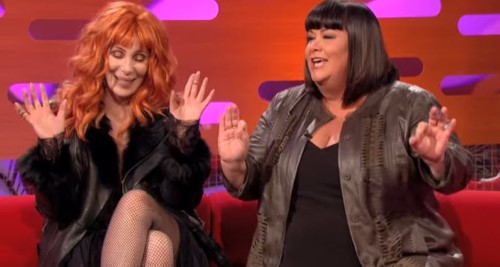 In my opinion, the Graham Norton show is the greatest chat show that has ever been on television. When he has celebrities appear on the stage, you never quite know who is going to be there together and you never quite know what is going to take place. It is part of the magic of what he brings to the table and we certainly do get a look behind the scenes in the lives of many of those celebrities.

On this particular show, Graham Norton had two of the most amazing women on the stage at the same time. Dawn French, our favourite funny woman was appearing alongside Cher, an incredible actress, singer and fashion expert. As they are sitting on the stage with each other, they are watching some unusual dancers on the screen and Cher just can’t stop laughing about it. It isn’t until the microphones come out, however, that things get a little bit more serious.