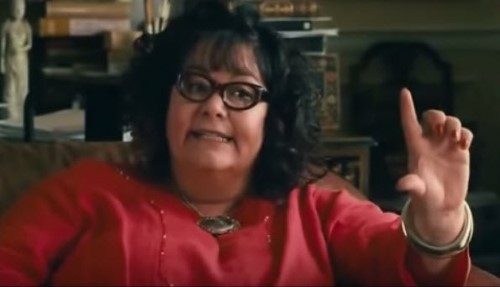 We have seen Dawn French doing some rather brilliant comedy over the years. It doesn’t matter if she is on tour telling jokes on the stage, if she is appearing with Jennifer Saunders on a television show or if she is starring in a film, she has a wonderful gift of being able to make us laugh. In fact, many of us will take the opportunity to watch something with Dawn French in it for that very reason.

One of the films where Dawn French appears is Love and Other Disasters and many people were quite surprised with exactly how brilliant she was in the role. In this clip, which is a personal favourites from the film, Dawn French is giving a little bit of psychiatric advice and discussing the possibility that relationships may be able to be measured by farts. Not only is it quite funny, there is also a lot of logic to it that you can’t ignore.

The film, Love and Other Disasters, premiered in London 2008 and had a cast that was quite memorable. Not only did it include Dawn French, it also included Brittany Murphy, Santiago Cabrera and Matthew Rhys. It is well worth watching again.