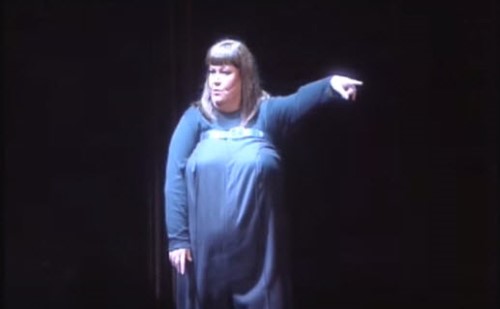 When many of us think about Dawn French, the first thing that comes to our mind is her ability to make us laugh. She certainly is a brilliant comedian but that is only one of her many talents. Over the years, we have seen her playing a number of different roles, many of them funny but at times, they could even be serious. She has also shown herself to be multitalented in her physical abilities as well and it comes out on chat shows as well as on the stage.

In this video, you get to see one of her unique abilities that is something that most of us appreciate. Dawn is not only a funny woman, she also has the ability to dance and and she has shown that ability many times through her comedy shows. In this video clip, you get to see her dancing from a number of her live shows including those in 1990, 2000 and 2008.

Dancing has been an important part of human history and it will continue to be a part of humanity for many years to come. It is difficult to say when dancing first started but there is one thing for certain, Dawn French is able to keep it going.