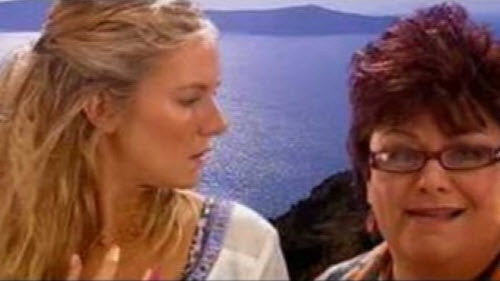 Many of us enjoy going to the films, especially when something popular is out. It may be popular for a number of different reasons, however, and not every popular film is going to be to everyone’s liking. Sometimes, it is the cast that really makes the film, and it certainly does help if you have an appreciation for those who are starring in it. Sometimes, however, it is not only the cast, it is the storyline as well.

Back in 2008, a rather unusual film was released and it did very well at the theater. It was a musical, which isn’t the most popular type of film but this particular flick managed to attract a lot of attention. It was Mamma Mia, and many of you may have seen it when it was released but you probably didn’t see anything like this.

Because of the popularity of the show, it became an easy target for Dawn French and Jennifer Saunders. They did a perfect film parody for Red Nose Day, 2009 and everyone loved it. Of course, the skit was done for that special event and interestingly enough, it was the last skit those two did together.