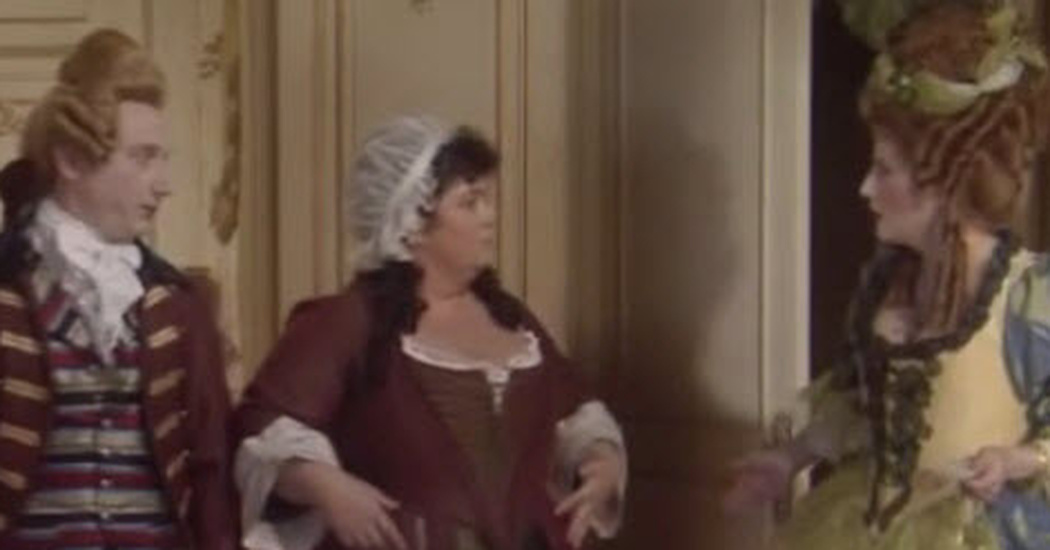 If there is one thing that we appreciate about Dawn French, it is her ability to make something funny out of any situation. We have seen her do it countless times on her own, either in a standup routine or perhaps playing on the Vicar of Dibley. When she is paired with Jennifer Saunders, however, things tend to go to the next level. That is certainly what we are seeing in this video clip.

Dawn French and Jennifer Saunders have played many roles over the years, including some parodies that were quite funny. In this clip, however, they are playing their parts in the popular show, Let The Eat Cake. They are concerned over the possibility that Madame de Plonge has been able to get Comte de Vache to change his will, which would be a big problem now that he is on his deathbed.

Watching this scene will bring many of the funny moments of this show back to your mind. It was on the air back in 1999 but it is still just as funny today as it ever way, and this video proves it.