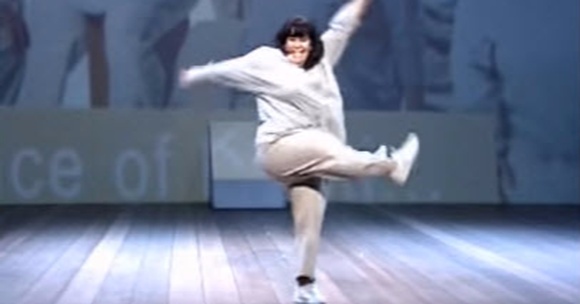 What is the first thing that comes to your mind when you think of Dawn French? Like most people, you think about her comedy or perhaps her shows, such as the Vicar of Dibley. You might even think of some of her skits that included other comedians, such as Jennifer Saunders. Although you certainly would be correct in any of those instances, there is something you should not leave out of the mix. Her ability to DANCE!

In this brilliant video, Dawn shows her stuff throughout the years. In some cases, she is on stage with Jennifer Saunders and sometimes alone, but in regardless of what the situation is, you can’t help but notice how nicely she is able to move about the stage. In fact, some people consider it to be a part of her comedy routine, and it likely is, but I can’t help but feel that she is serious about dancing, and it shows.

These French and Saunders routines are from her live shows in 1990, 2000 and 2008. Although they span almost three decades from the start to the finish, she certainly still has the right stuff and the audience just loves it!