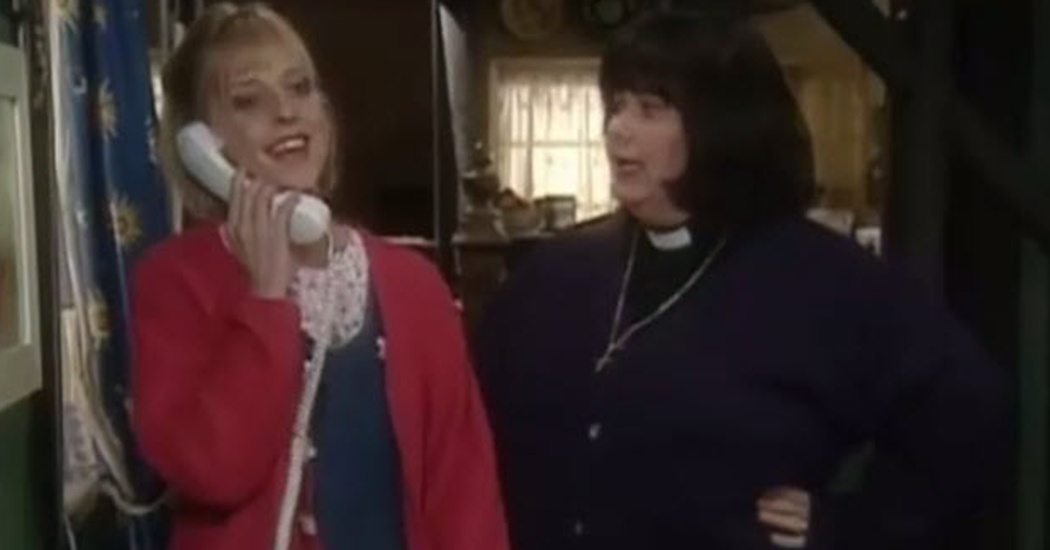 How often do you get frustrated over little things in life that just seem to grate on your nerves daily? It seems to happen to me quite frequently. When it happens one time, it may not be a big deal but as it happens over and over again, it can quickly get frustrating.

That seems to be the case in this video, and Alice is the target of the vicar’s frustration. She seems to have a habit of picking up the vicar’s phone to answer it for her, but the vicar would like to answer her own phone. She gives Alice a rather strong talking to about the situation and then finally, it seems as if she gets it. When the phone rings, the vicar has the chance to pick it up but with rather funny results.

When we get frustrated over small things, there is something that is typically going to happen. More often than not, we will end up putting our foot in our mouth, and it looks as if the vicar is doing that right now.