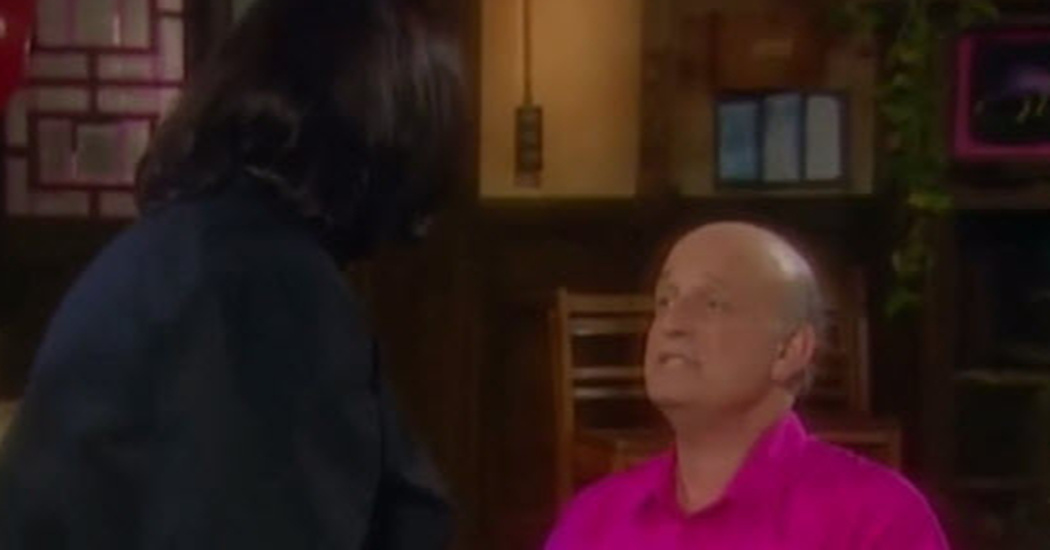 When was the last time you were in a very uncomfortable situation? Perhaps it was just a day or so ago or we may need to think back a while but in either case, it usually sticks out in our minds as being something most disturbing. It doesn’t even matter why it happened, just the fact that it did happen is enough.

In this clip, we are looking in on one of those uncomfortable situations but the good news is, we aren’t directly involved. It happens to the Vicar during a committee meeting. David is absent, which is odd, but when he does come in, he has the most unusual thing in mind. He proposes to the vicar, but he does so in style with music and all.

We have a couple of choices when we find ourselves in an unusual situation. We can either let it ruin our day and regret it for the rest of our lives or we can make the best of it. It looks like the vicar made the best of it.