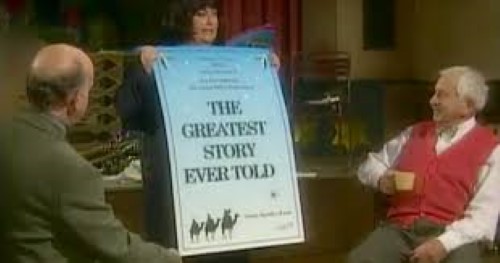 It can be very exciting to prepare for an upcoming event, regardless of whether it is something big or something small. On this episode of the Vicar of Dibley, they are preparing for a Christmas show that is called, The Greatest Story Ever Told. It seems as if everybody is prepared for the show but not everybody has the same idea as to the theme. When they begin to talk about it, things get hilarious very quickly.

The play that they were preparing is a story that was first released in 1965 and at that time, it had quite a cast. Some of the cast members included Charlton Heston and Dorothy McGuire. Personally, I think Dawn French is quite an addition.