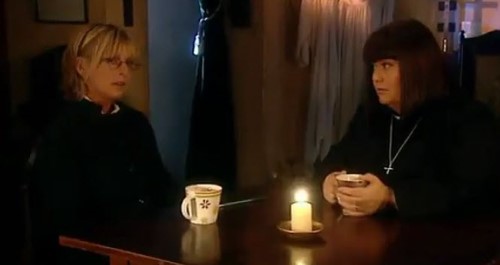 There are many of us who appreciate a good joke but that doesn’t mean that everybody is going to follow the same line of humour. As a matter of fact, we may tell the funniest joke that we have ever heard but if we tell it to the wrong person, it is going to end up falling flat at the end. It can be quite a disappointment but if you are fast enough, you just may be able to save the laugh.

Something similar happens every time the Vicar of Dibley tells Alice a joke. The joke may be funny and somewhat simplistic but it just seems like Alice doesn’t get it. In fact, she tends to analyze the joke to the point where it is not only lost in the context, it just isn’t funny any longer. That is what she did to the Vicar this time, but it turns out that Dawn French got the last laugh.

Professional comedians know that from time to time, a joke that they tell is not going to land quite the way they would like. They always have a backup plan to turn things around and it’s a good idea for you to learn from their example.