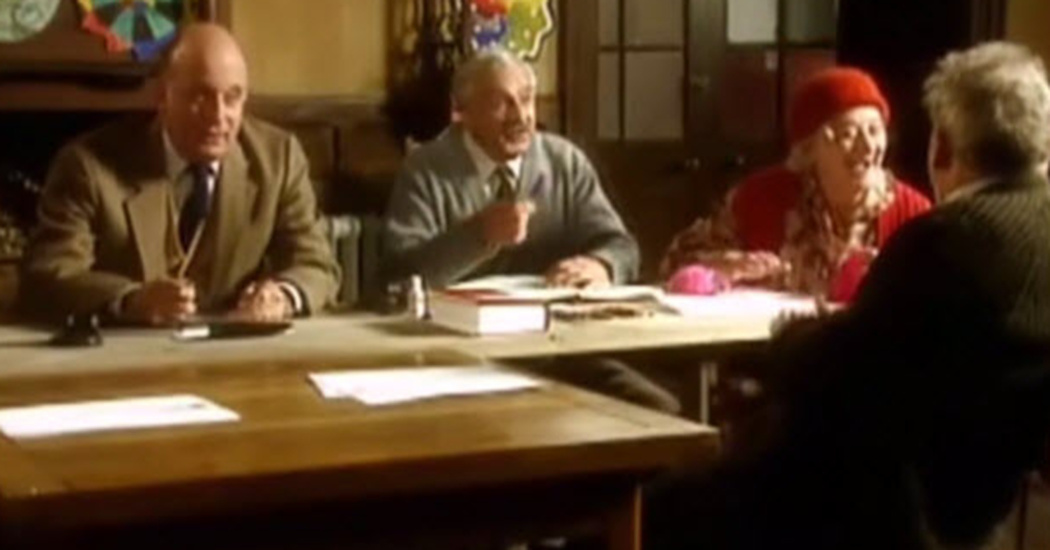 Have you ever had one of those moments when it seems like you are doing the perfect thing but it turns out to be something that is strangely inappropriate? That is what happened on this episode of the Vicar of Dibley. The Vicar was about to appear on a radio show and Frank pickle decided he would suggest a song, although his choice of songs did not sit well with David Horton.

The song that he suggested was Shaddap You Face, and even sang a few lines of in order to demonstrate his desire to hear it played on the radio. When David heard about it, however, he had a suggestion of how he was going to punish Frank if he did suggest it, and I’m not even sure if it is physically possible for that type of punishment to take place!

The song, Shaddap You Face was written in 1980 by Joe Dolse. He wrote it about a rebellious Italian boy and it has set records, not only for sales but for longevity as well. It appears as if it is quite popular in Dibley, at least with some of the population.