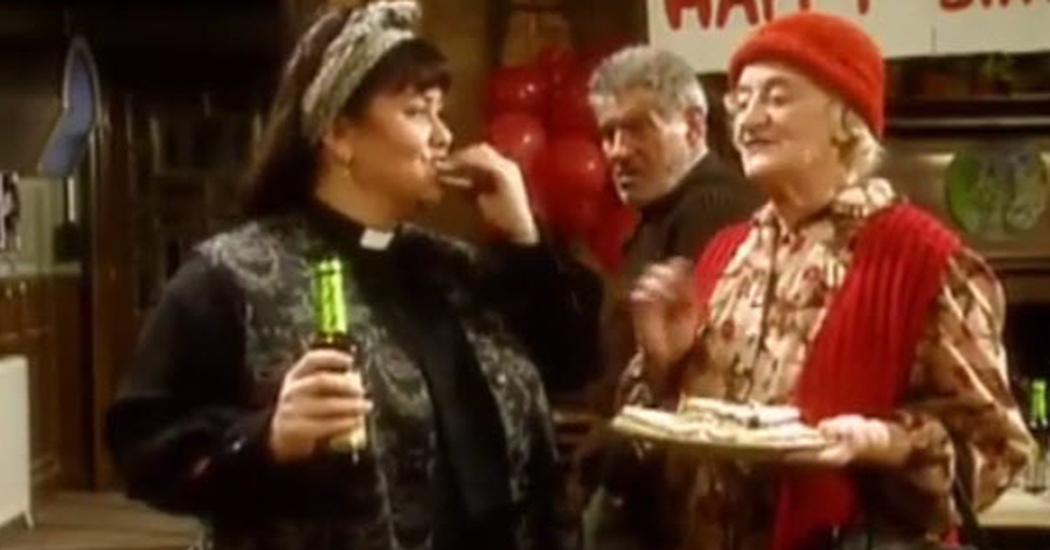 There are so many different things to love about the Vicar of Dibley, it is difficult to pin down just one. It seems that the entire cast has something to add to the show and they play off of each other brilliantly. In this clip, we get to laugh from a character that, in my opinion, did not play near enough on the show; Mrs Cropley.

She offers the Vicar a nibble of chocolate spread, and the Vicar even verified that it was, in fact, chocolate. After taking a bite, however, Cropley reveals that she had actually added a bit of taramasalata to it as well. As you could expect, that not only gave the chocolate a funny taste, it also had some rather unusual effects on the vicar as well!

If there is one thing that we know about the Vicar of Dibley, it is to expect the unexpected. That is especially true when it comes to the mystery ingredients in Mrs Cropley’s recipes.