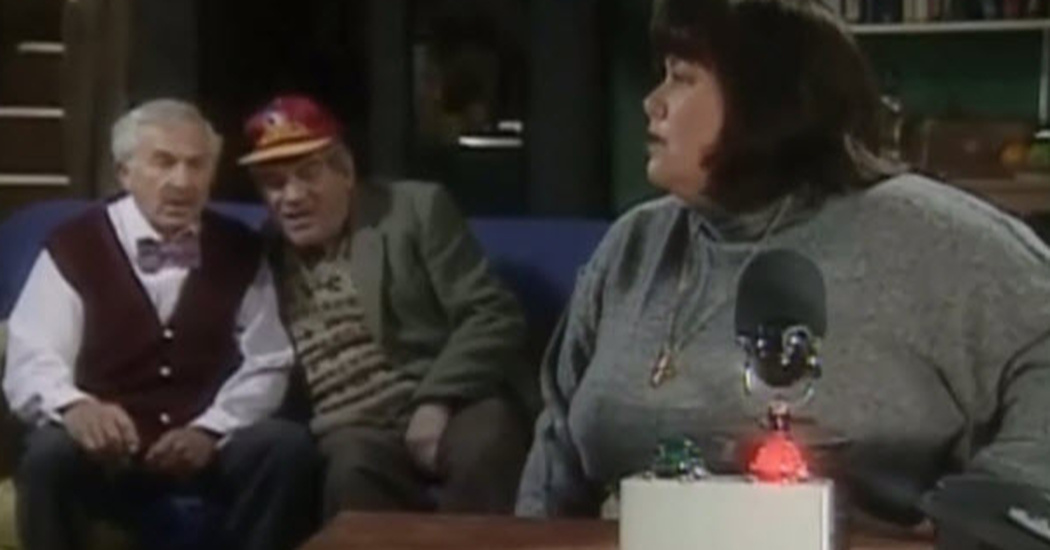 Have you ever noticed that things seem to go the worst when we want them to go the best? It doesn’t matter how much we planned in advance, there are going to be unexpected details that will get in the way. This is not only true in life, it is also true on the Vicar of Dibley.

When the radio show is coming to town, the Vicar is taking charge and she has everything set up and ready to go. Not only is Alice sitting there waiting to answer the phone, Owen is in the background, ready to play the music and the sounds for the show. It seems as if everything is in place and everyone is ready to go, but when the moment actually arrives, things go south rather quickly.

Perhaps the funniest part of the scene is the fact that Jim is sitting behind the Vicar and he leans over to tell Frank something important. It was then that he recognises the Vickers rear, but he says so out loud and on the air. Too funny!