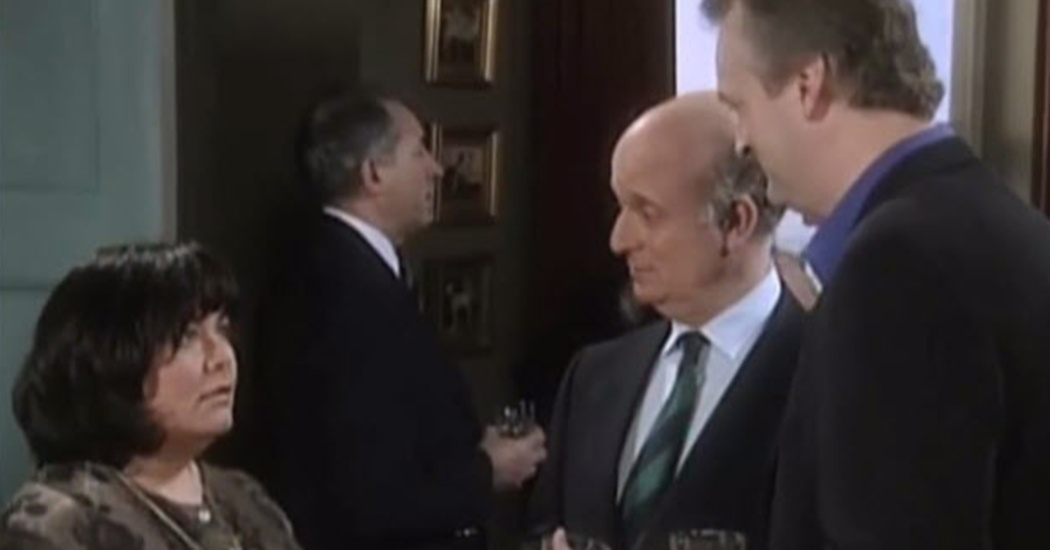 There are certain things that a woman thinks of before she ever walks out of her home. More than likely, she tries to have everything in place, and that would include her makeup. In fact, some women would never consider being seen in public without it. If they forget to put it on, they will correct that situation as fast as possible.

When the Vicar shows up for a special event, she suddenly realises that she doesn’t have any makeup on. Rather than stressing over the situation, she says that it isn’t a big deal and even has a cute little “girl power” routine with Alice. When she walks into the next room and sees that David’s brother is a hunk, however, things change quickly.

Dawn runs out of the house and all the way back home to put on makeup. She does so in Benny Hill style, running in fast motion. It looks like she wants to make a good first impression after all.