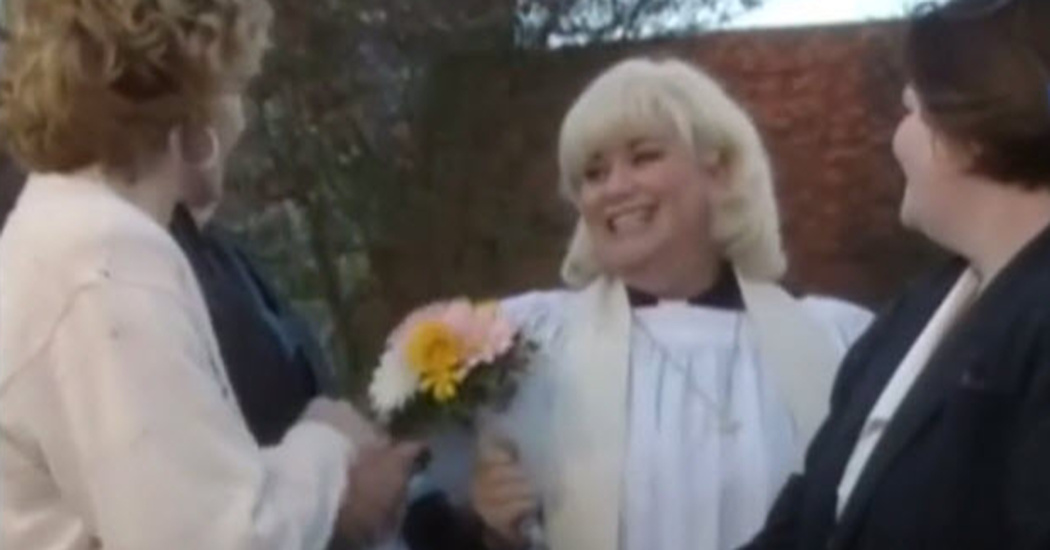 There are many traditions attached to a wedding, which is why we make sure to plan them out in advance. Many of those traditions involve the actual ceremony, such as being walked down the aisle or exchanging rings at the altar. There are some thing that take place after the wedding as well, and they help to make it complete.

One of those traditions is tossing out the bouquet, and according to the tradition, whoever catches it is going to get married next. Alice Tinker is about to toss her flowers and the vicar is standing the in the background, trying not to pay attention to what is taking place. When they are actually in the air, however, it is another story. She runs to catch them and even does a fantastic leap into the air to grab them on the fly.

The tradition of tossing the bouquet is very old. Originally, it was done to offer to the next bride some flowers that would be able to make her smell pretty. People didn’t bathe quite so often back then.