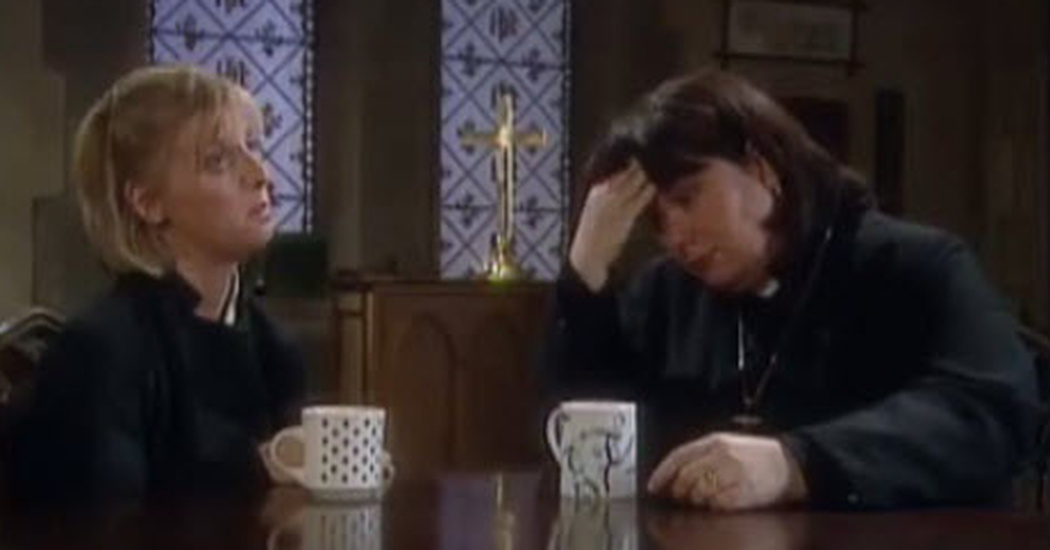 Dawn French is perhaps best known as being an English actress, but she also has many other skills as well. She is also a brilliant writer and, as you will see in this video, quite a comedienne as well. Of course, most of us are familiar with the humour of Dawn French and this video is no exception. It takes place with her appearing as the Vicar of Dibley, and she is telling one of her famous jokes to Alice Tinker.

Can you imagine what it would be like to sit in front of Dawn French and have her tell you a joke? Even if you were cast in a role where you were not supposed to laugh, it would be extremely difficult not to at least crack a smile.

This video clip is not only a testament to the humour of Dawn French (and it is brilliant) it also shows exactly how good of an actress Emma Chambers is as well. Have fun watching it!