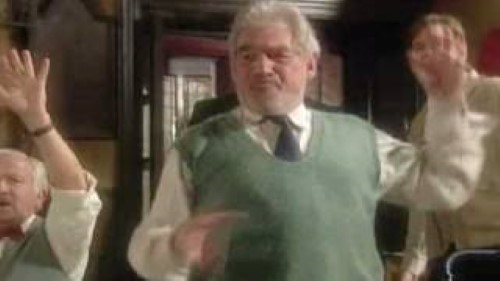 When most of us think about Dawn French playing the role as the Vicar of Dibley, we probably think about her telling a joke or doing something funny. From time to time, however, there were scenes in which Dawn was not quite so chipper and this is one of those scenes. Although it isn’t one we may think about often, when you see it, it will bring the entire episode back to your mind.

As Dawn is upset in this clip, she suddenly finds herself in the middle of what might be described as a flash mob. Everyone started singing “Oh Happy Day” and you can imagine that she would have a very difficult time staying upset once they started singing. I know that I had a big smile on my face the whole way through the skit. It’s just another reason why we love the show so much.

The song, Oh Happy Day, may have seen a recent resurgence but it has actually been around since the 1700s. It was a hymn and was famous when it was recorded by the Edwin Hawkins Singers but now, it’s famous for another reason.